Last week, I had posted that some friends and I were going to be making snowflakes to send to the Connecticut PTSA to help decorate a new school for the students of Sandy Hook Elementary.  Since then, they have posted on their website that they are no longer taking donations of snowflakes, as they have, in a way, been snowed in with the generous contributions of people from all over the world.  In their message, they have asked that we create winter wonderlands in our own homes to show empathy and solidarity for the Newtown families.

We won’t be having a link party now, but we will be showcasing our snowflakes in our homes in remembrance and in honor of the students at Sandy Hook Elementary School.

There is plenty of snow outside, and we have been sledding in the backyard, rolling around in the snow and trying to build snowmen, all in an attempt to wear out J, so the winter break isn’t filled with never-ending episodes of Bob the Builder and Yo Gabba Gabba.  To match the whiteness outside, I made some fat flakes to hang on the inside. 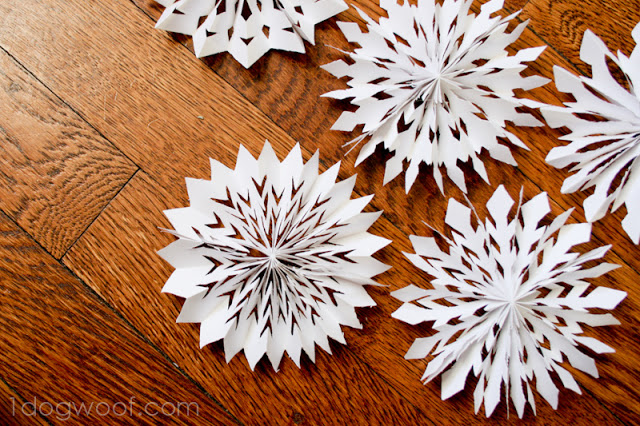 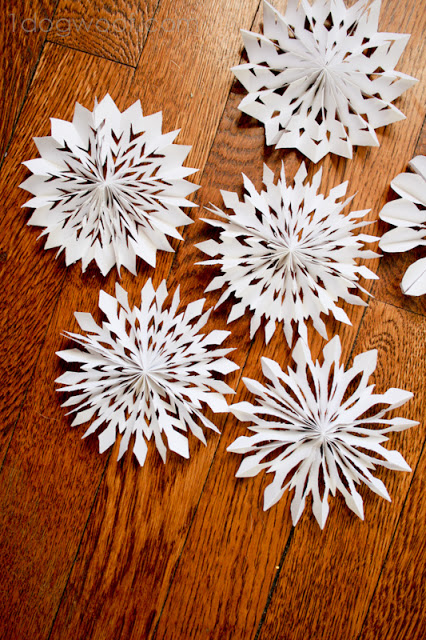 From these instructions, you can make 2 snowflakes from a single piece of 8.5×11 paper.

1. Cut your paper in half lengthwise, then fold into an accordion.  I started by folding the paper in half, then half again, so that there is an even number of pleats created.

2. Cut off one pleat to use as a template.

3. Squash the rest of the accordion together and staple in the center.

4. Draw your snowflake pattern on the template you created, and cut it out.

5. Trace the design on the stapled paper and slowly cut out your design. 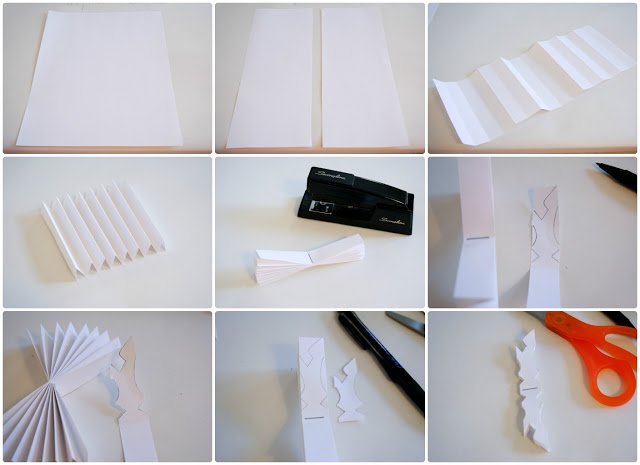 Tip: Do not get too fancy with the design, unless you have monster hands or really sharp scissors, as you’ll be cutting through several layers of paper. 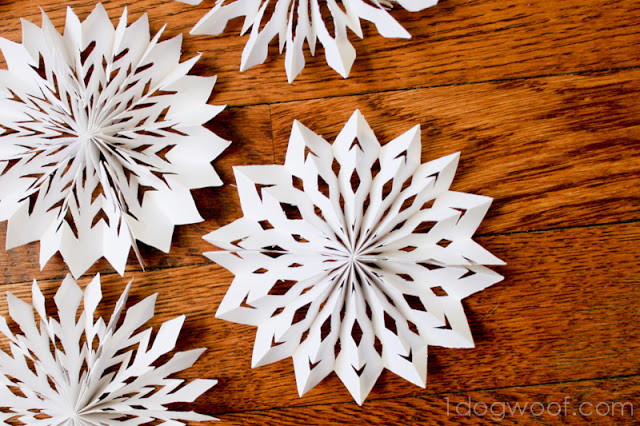 6. Once you have the design cut out, carefully separate the pleats of the medallion, and tape the separate ends together.

You now have your own 3D medallion snowflake! 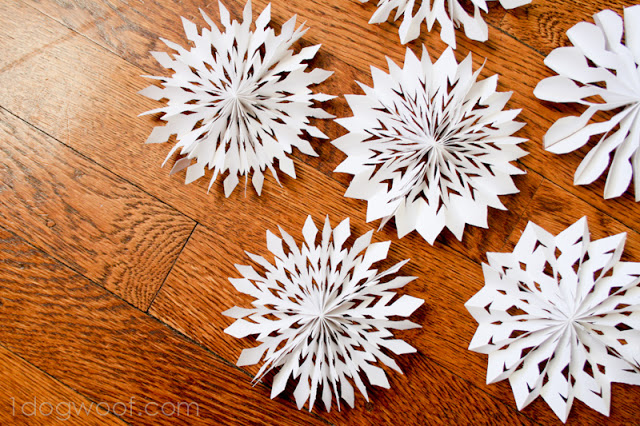 I really liked designs that looked like a fishbone because it resulted in chevrons in the snowflake.  Yikes, I’m not usually a fan of chevrons, but they do look good in a paper cutout.  Little and big notches also look really good, as do a fancier tip.  You’re really only limited by the sharpness of your scissors and your hand strength, so give it a go and enjoy!